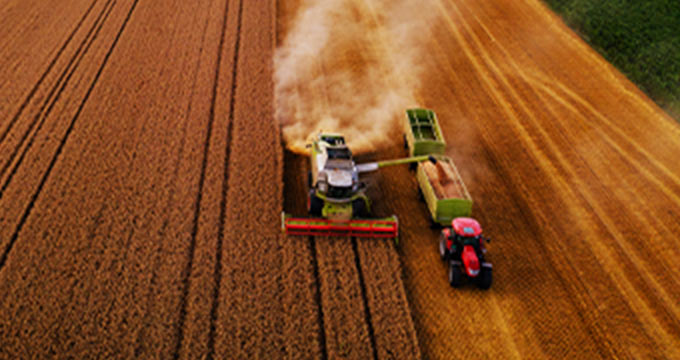 Grow your balance with tiered rates that beat standard savings.

It is the policy of First National Bank of Hereford to return unpaid checks drawn on an account with insufficient funds. However, upon our approval, checking customers in good standing will be provided "Overdraft Protection" 30 days after opening.

If you write a check or initiate a transfer (such as ATM or CheckCard) or other transaction that will overdraw your account if paid, we will either (a) pay the overdraft, or (b) return the item unpaid for non-sufficient funds (NSF). If we pay the overdraft, this service is called "Overdraft Protection."

"Overdraft Protection" can be a valuable service because it protects your reputation, avoids default, and avoids the additional fee that often is charged by the payee when an item is returned NSF. Your reputation is protected because, for example, the payee will not know that there were insufficient funds to cover the item, and there won't be a return NSF to report to a consumer-reporting agency.

Overdraft fees can be substantial, especially in relation to multiple small overdrafts. Similarly, our NSF Return Check Charges and the fees imposed by payees when items are returned NSF can be substantial. Thus, we discourage the intentional and routine writing of checks or initiating of electronic funds transfers or other transactions that will overdraw your account if paid. "Overdraft Protection" should be used only for occasional and inadvertent overdrafts and should not be relied on in the same manner as, for instance, a line of credit.

FEES: If you have "Opted-in" for Overdraft Protection, the NSF Paid Check Charge for the payment of each transaction is $20.00 up to a maximum of 5 items per day or $100.00 per day. Overdrafts of less than $10.00 will NOT be charged a fee. If you "Opt-out" of Overdraft Protection, all items presented against insufficient funds, besides those we are legally obligated to pay, may be returned or denied whenever possible, at our discretion, and the NSF Return Check Charge for the return of each transaction is $20.00 per returned item without limit.

TIME FOR REPAYMENT: We reserve the right to require you to pay an overdraft immediately. In any event, you agree to pay us the full amount of any overdraft plus any related charges within five (5) business days of the mailing of an overdraft notice.

CIRCUMSTANCES UNDER WHICH WE WOULN'T PAY: The circumstances under which we wouldn't pay an item that would overdraw your account are entirely within our discretion, and we reserve the right not to pay. For example, we typically wouldn't pay if the customer is not depositing regularly, or the customer has too many overdrafts. The fact that we may pay one or more items creating overdrafts does not obligate us to do so in the future.

ORDER OF PAYMENT: The order in which we pay checks and process other transactions are: ACH debits first then checks presented from smallest to largest amounts.

OUTSTANDING OVERDRAFT: If an overdraft of your account remains outstanding for forty-five (45) consecutive days or longer, we will have the right to terminate your account and notify applicable credit reporting agencies of such termination for a debt owed to us.

"OVERDRAFT PROTECTION" TERMINATION: We reserve the right to terminate the overdraft protection from your account(s) at any time for failure to comply with terms and conditions set forth herein.

FDIC INSURANCE: This institution is a Member of the Federal Deposit Insurance Corporation.